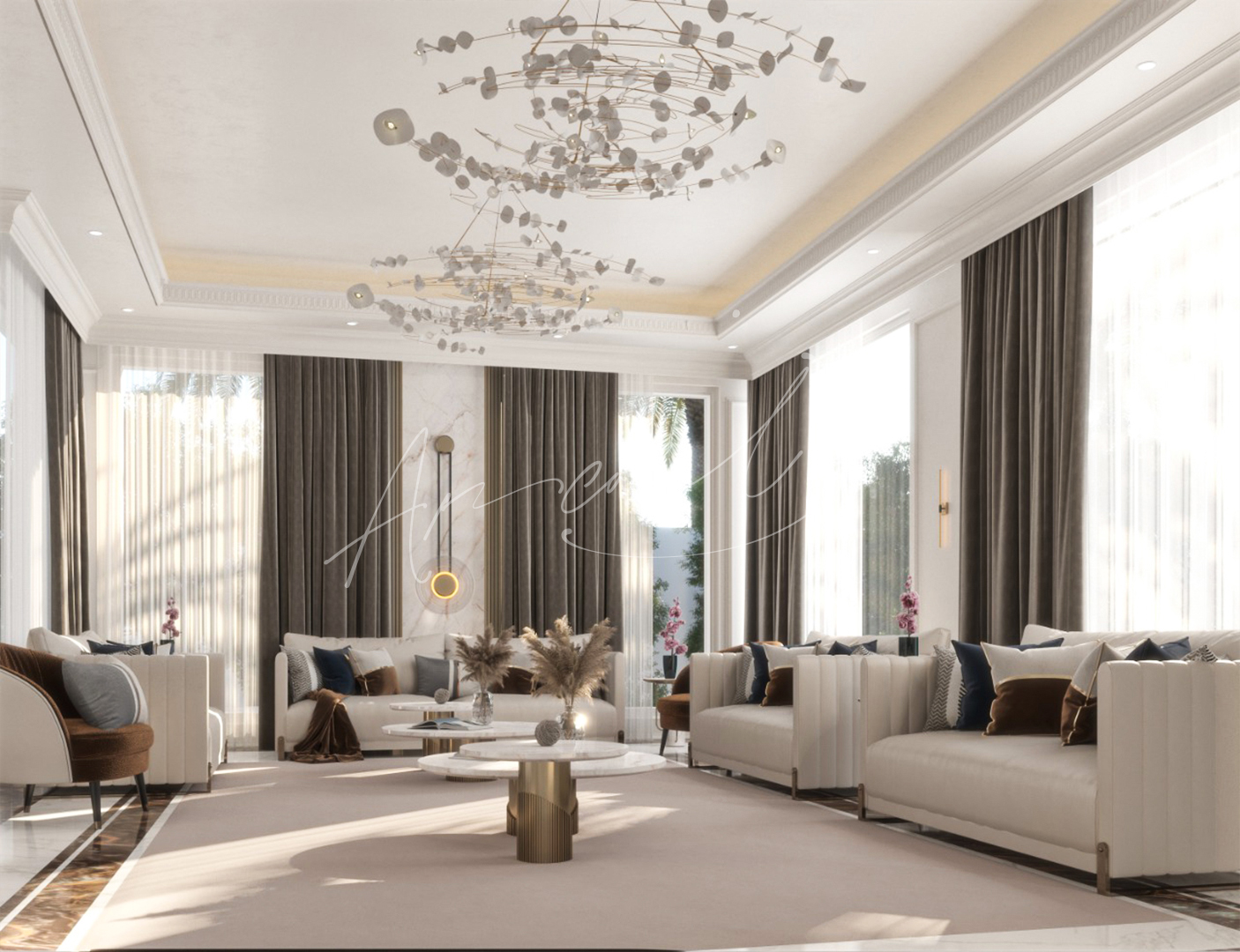 Modern Majles Design - Modern The Majles has a modern character characterized by elegance and sophistication. Its main characteristic is to rely on natural lighting through the large windows of the facades. The predominant color for this design is beige, while the walls and ceiling are white, which distinguishes them and reflects the contrast with the dark-colored curtains. 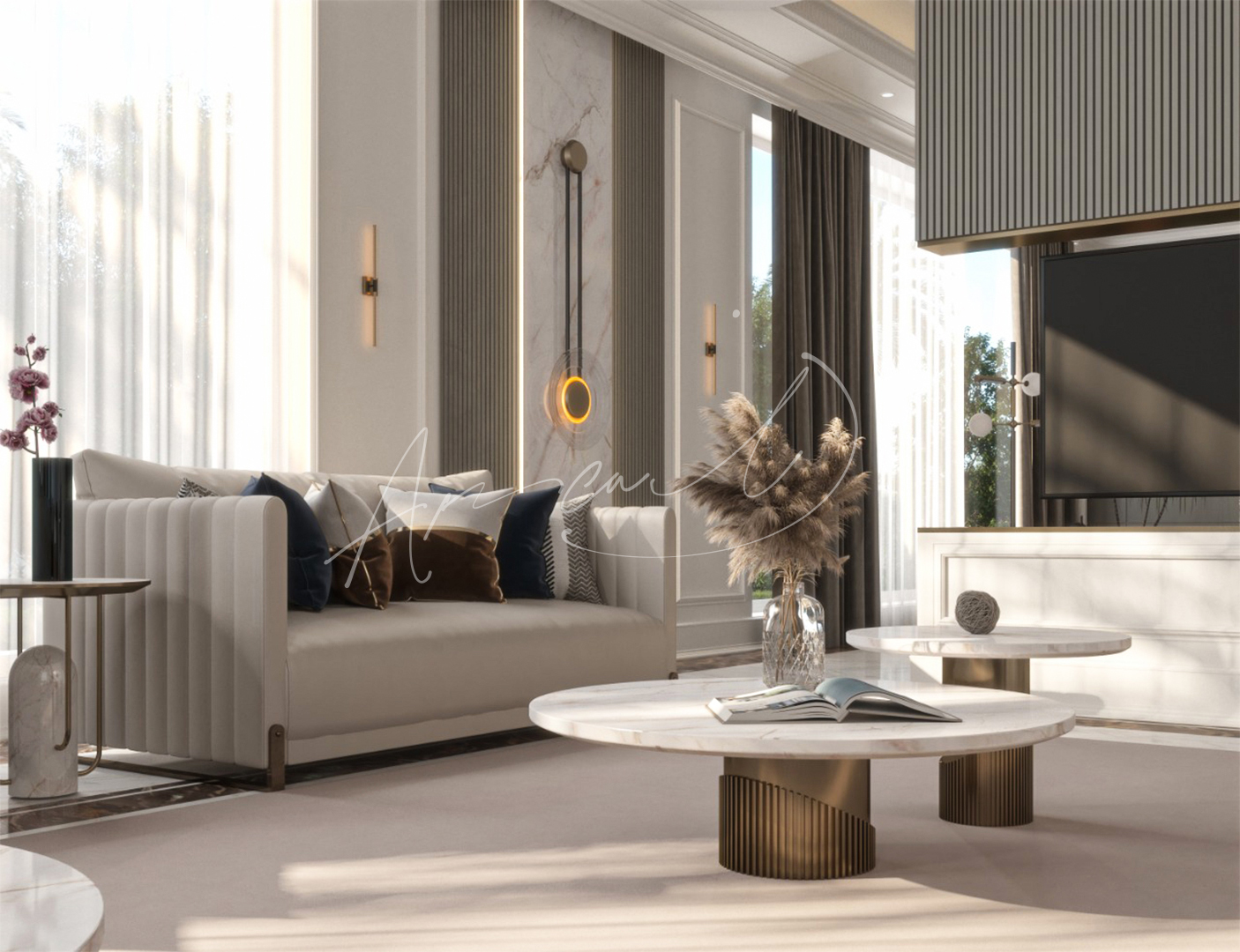 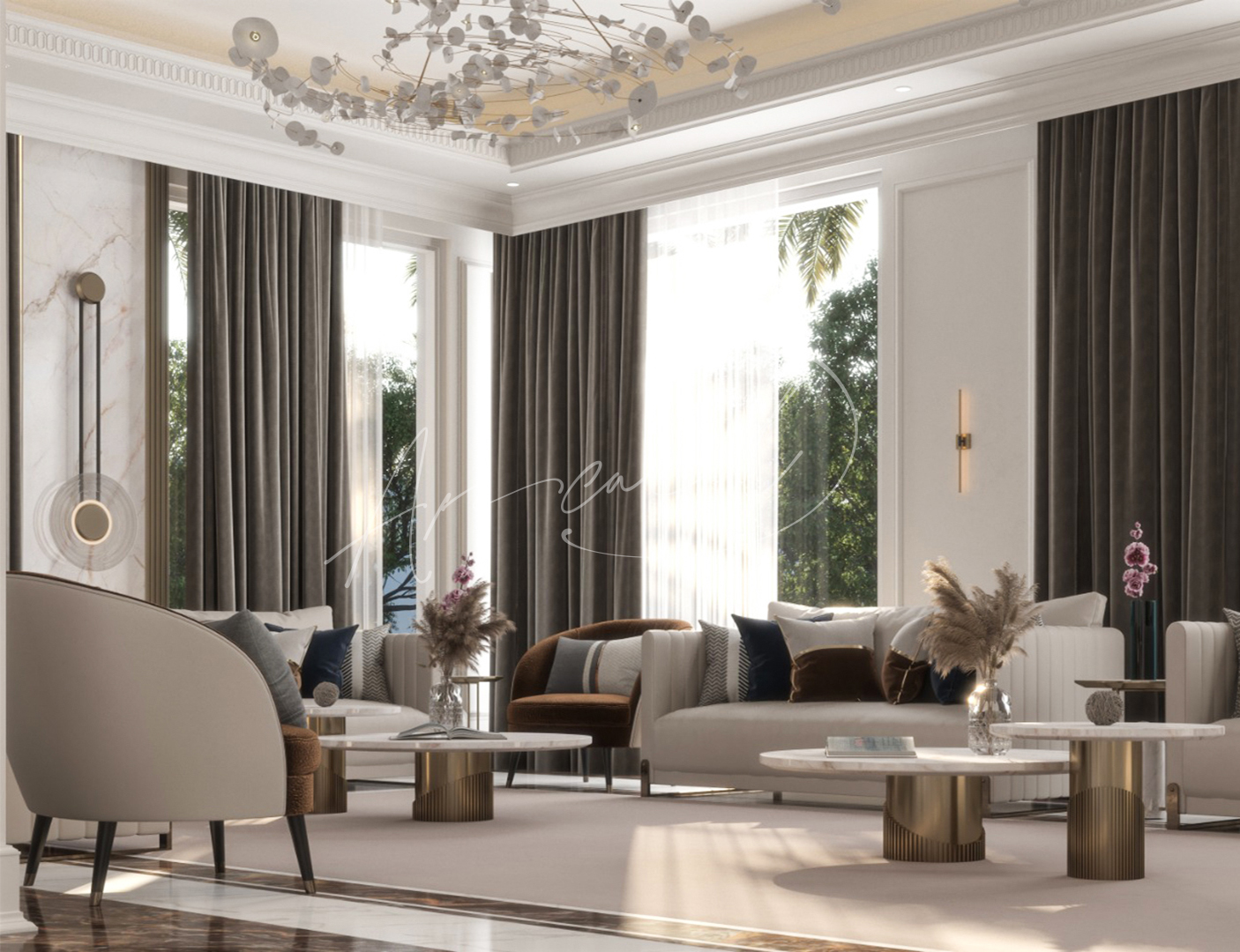 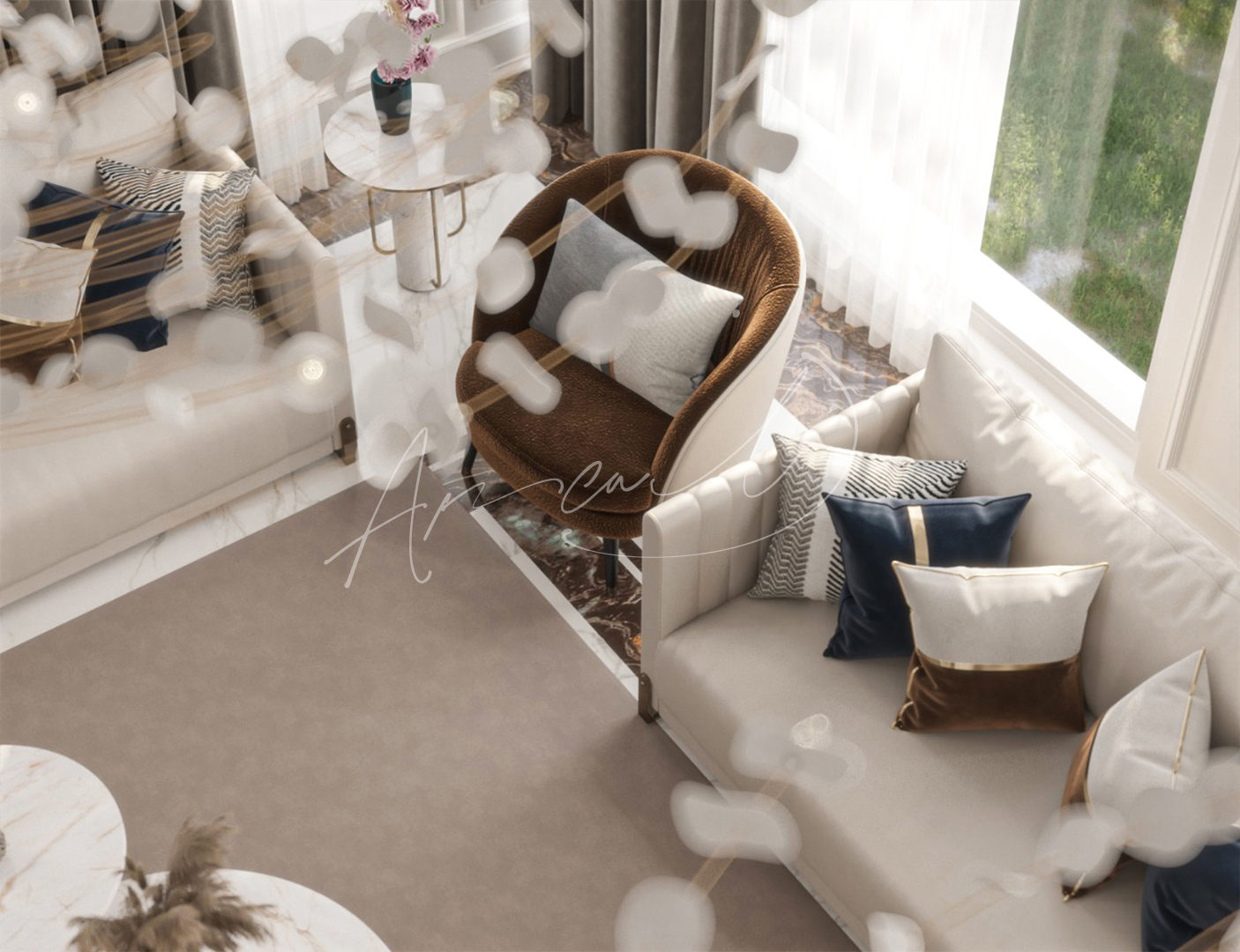